Outstanding results for Ricrea. In fact, in 2021, per capita collection grows to 4.4 kg of steel packaging/year. The figure confirms how super-proven the collection and recycling system is, but also the effectiveness of the communication actions put in place by the Consortium towards citizens.

At the May assembly, RICREA-the National Consortium for the Recovery and Recycling of Steel Packaging part of the CONAI System-presented the usual final data on its activities, but also took the opportunity to recall the results of 25 years of work on the ground and in the institutional sphere, making an effective contribution to environmental protection and the fight against climate change.

«We are proud of the path taken in this quarter of a century and of the goals achieved: thanks to the synergic work of an entire supply chain, today Italy constitutes excellence at the European level,» commented Domenico Rinaldini, president of RICREA. 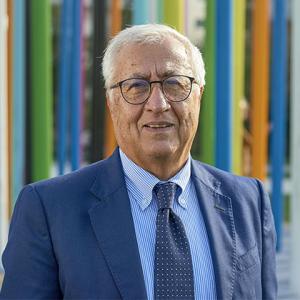 «Overall, we have sent 7.5 million tons of packaging for recycling. Already in 2002 we exceeded the target of 50 percent of the released for consumption set by the European directive for 2008, and the recycling rate has grown to over 70 percent in recent years, a target to be reached in 2025. These figures show that our system has reacted well to the impact of the pandemic, ensuring even in difficult times that steel packaging from separate collection is properly sent for recycling and creating value».

Established in 1997, the RICREA Consortium is a nonprofit organization whose goal is to encourage the collection, reuse and startup for recycling of all steel packaging waste. Today it has 317 consortium members and a large number of operators distributed throughout the country.

Through the ANCI-CONAI Framework Agreement RICREA also promotes the growth of differentiated collection by activating conventions to regulate the payment of an economic consideration. From 2000 to the present, Italian municipalities have been recognized fees for a total amount of more than 227 million euros for the payment of increased charges for the organization of separate collection: an additional success factor for the achievement of results. Today 431 agreements are active with a total of 6,033 municipalities involved and 50,290,000 people served.

Returning to the data enunciated by RICREA, let us recall that, in the last year, the per capita share of steel packaging collected amounted to an average of 4.4 kg: a result favored by the growing use of containers for household use, but also a confirmation that the collection and recycling system in Italy is well tested. In 2021, 390,000 tons of steel packaging was sent for recycling in Italy, enough to make about 3,900 km of railway tracks.

The virtuous path, which begins in the homes of Italians with the gesture of proper disposal and ends in steel mills with the rebirth of steel in the form of new products, has important spin-offs for the economy and the environment.

The 7.5 million tons of steel packaging sent for recycling in Italy since 2000 has resulted in savings of 8 million tons of primary material, generating economic benefits of €1 billion in recovered material and €386 million in avoided CO2.

The recycling of steel packaging waste and the regeneration of drums and cisterns at the national level between 2000 and 2021 has made it possible to avoid the emission into the atmosphere of about 12 million tons of CO2eq, equal to the emissions generated by 7 million cars with an average mileage of 10,000 km, and has allowed our country to avoid the consumption of about 50 thousand GWh of primary energy, equal to the average energy consumption of about 13 million Italian households. 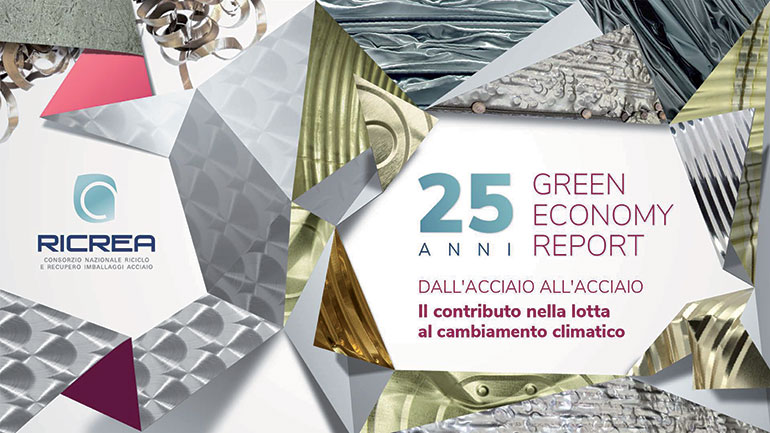 FROM STEEL TO STEEL

In celebration of its 25th anniversary, the RICREA Consortium has unveiled the hefty new report “From Steel to Steel: Contribution in the Fight against Climate Change.”

The drafting of the document followed the Green Economy Report® (GER) reporting methodology, designed by the Sustainable Development Foundation to meet the reporting and communication needs of those companies actively contributing to the ecological transition. For the latter, the perimeter of performance reporting cannot disregard the impacts - positive and negative - generated by the goods and services offered during their entire life cycle, on society, the economy, the environment and more generally on the country system.

The figure on the overall recycle in Italy stands out, where, since 2000, 7.5 million tons of steel packaging (cans, boxes, tins, drums, buckets, cans, caps and closures) have been recovered, an amount of steel equal to the weight of 800 Eiffel Towers for a value of 1 billion euros. An achievement made possible thanks to the efforts of the entire supply chain, starting with citizens. 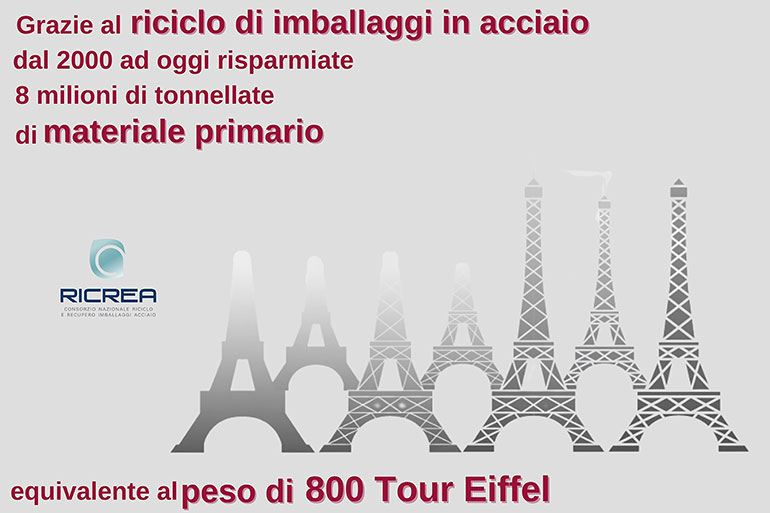 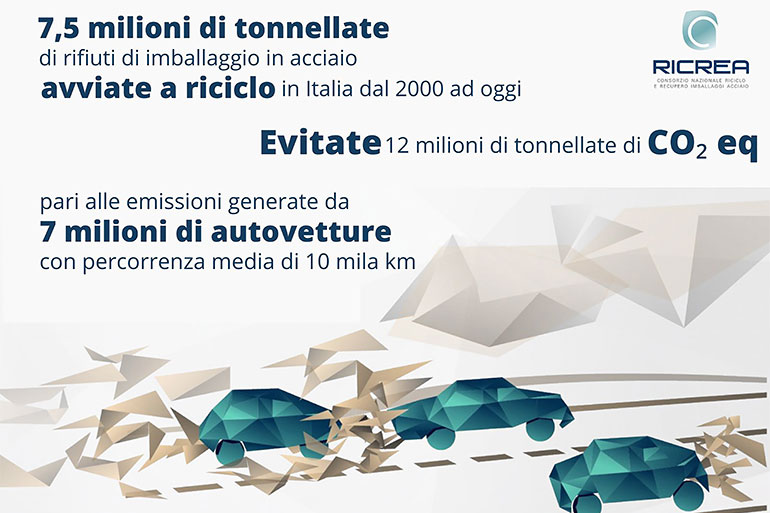